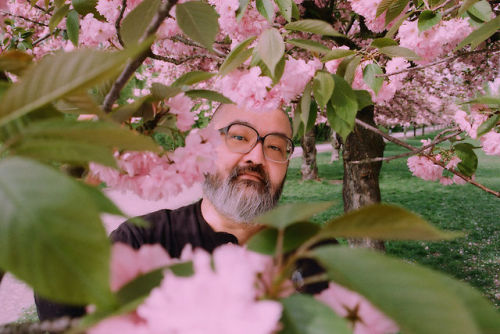 The interview was conducted last year with Anne Ishii when The Passion of Gengoroh Tagame was released, and features a hilarious cameo appearance by Chip Kidd’s confused housekeeper (whom, Anne adds, “…literally dropped her Windex bottle when I said in the guise of Tagame’s translator, ‘My dick was taped to my thigh and my partner slapped me with an old belt.’”).

The conversation delves into some really interesting subject matter, exploring Tagame's role in the power dynamics of his own work:

Tagame: As a writer, I am definitely the master, and I really enjoy writing because I want to be in the dom position when I’m composing stories. I also enjoy taking on the perspective of the slave who idealizes the perfect master.