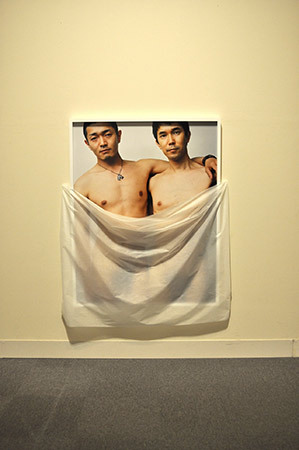 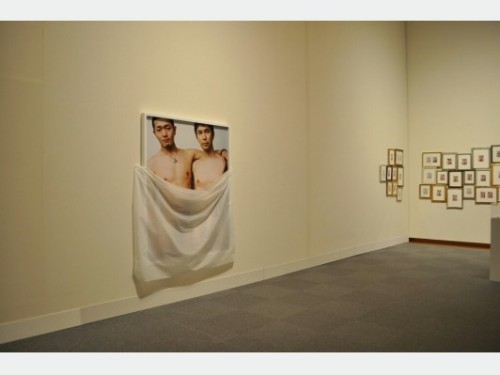 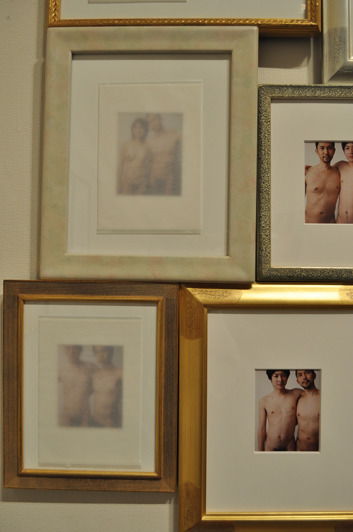 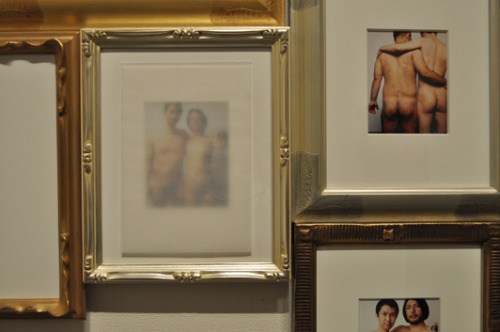 The Aichi Prefectural Museum of Art (APMoA) in Nagoya censored 12 works by photographer Ryudai Takano in its group exhibition Photography Will Be (これからの写真), after an “obscenity” complaint was made by the Aichi Prefectural Police. The photographs feature full frontal male nudity, which the police charge is a direct violation of the law.

“It is not a violent representation,“ says Ryudai Takano. "So rather than hide intervention on the part of the government we have still made it visible.” The artist covered the prints with a translucent cloth to draw attention to the government’s interference. The move is a clever reference to “The Undergarment Incident” (腰巻き事件), an act of censorship that occurred more than a century earlier.

Kuroda Seiki (黒田清輝) was a Japanese artist who studied painting in Paris and is credited with importing Western aesthetics and art theory upon his return to Japan in the 1890s. After several instances of controversy and outrage surrounding his paintings of nude female figures, the police infamously intervened during a 1901 exhibit. The incident is described in the book Modern Japanese Art and the Meiji State by Doshin Sato:

[…] the authorities draped a chemise-like cloth over the lower half of a nude painting of a Western woman, titled Seiyo Fujinzo (Meiji 34 [1901]; Figure of Western woman), again by Kuroda Seiki. This was later dubbed the “undergarment incident” (koshimaki jiken). These cases became social issues not because they were about art but because of their implications for public morality.

In 2014, public morality is still being negotiated through state interference in artwork. The territory for this negotiation has shifted to male nude photography and 3D printed vaginas in the case of Megumi Igarashi (a.k.a. ろくでなし子), who was arrested earlier this summer for making artwork depicting her own anatomy. Ryudai Takano was lucky to avoid arrest in this case, but he remains defiant. “I was appalled at the lack of respect for the artwork,” Takano tells the blog Web Dice. “Nudity does not have any destructive power.”