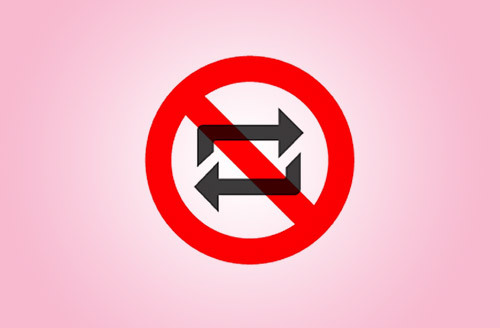 When you see a complete manga or comic posted by someone other than the original artist, please don’t reblog. It’s one thing to privately enjoy a bootlegged work and another to publicly advance its spread. I try to refrain from getting negative about piracy on this blog, but it saddens me when I see it directly affecting artists who I love.

Seizoh Ebisubashi is a truly freelance, full time gay manga artist. He left G-men last year to pursue an independent career in this niche within a niche. Ebisubashi voluntarily shares a boatload of his artwork on Tumblr in an effort to directly reach fans. Recently, he’d noticed a surge of postings by other users sharing his comics in their entirety. Here’s what he wrote about the subject in a Tumblr post last week. Translation by Anne Ishii:

“Hi. Nice to meet you, this is Seizoh Ebisubashi. I have a message concerning the manga you recently published on your Tumblr. I’m glad you were able to enjoy my manga but when you post it for free for anyone to download it seriously damages my ability to keep up paid publishing work and has a direct effect on my life. If you could at least read it on your own and not make it public, I’d be grateful.”

I sent the above message to a Tumblr account that posted one of my works in its entirety. It’s not like it’s the first time this has happened. My stuff has been published without permission before, but it’s been work from magazines and compilations, scanned and uploaded, which isn’t to say it’s fine, but at least it’s limited in scope, and I reason to myself, it might serve as some kind of publicity for my complete works. Whereas this is the wholesale publishing of an entire story by one person–three volumes–and if someone sees that it’s available for free they will think it only their due right to read it for free going forward. It cuts directly into my income and has a profound effect on my life. I just ask that anyone encountering this consider resisting the urge to download the work and suffice with the previews I offer on my own site.

I’ve been publishing my work in JPEG format because I trust my readers not to exploit it, but if this keeps up I will have to publish in a non-downloadable PDF format that probably won’t be viewable on Macs [ed note: with a type of manga DRM that’s notoriously clunky and only works on certain operating systems]. At the very least, if you come across a free downloadable version, please don’t then spread it or publish it on your own site.

The posts he’s referring to tend to have hundreds of likes and reblogs. Once these bootlegs become ubiquitous, Ebisubashi stops getting paid for his work, and it becomes impossible for him to make art for a living. But you can break the chain! By just not reblogging. Reblogging a bootleg comic may seem like a small, meaningless gesture, but it directly counters the efforts of the artists whose work you’re enjoying.

I won’t pretend that I can offer a complete solution to the problems of accessibility through our small (but earnest!) efforts at MASSIVE. Anne and I are passionately engaged in eliminating the divide between gay mangaka and English-speaking gay manga fans. We want to get so much more manga translated and published here– but it’s not a fast or easy process and we still have a long way to go.

In the meantime, artists like Ebisubashi are doing their best to offer their hard work to readers directly through sites like Digiket and BOOTH. Let’s support them wherever possible!