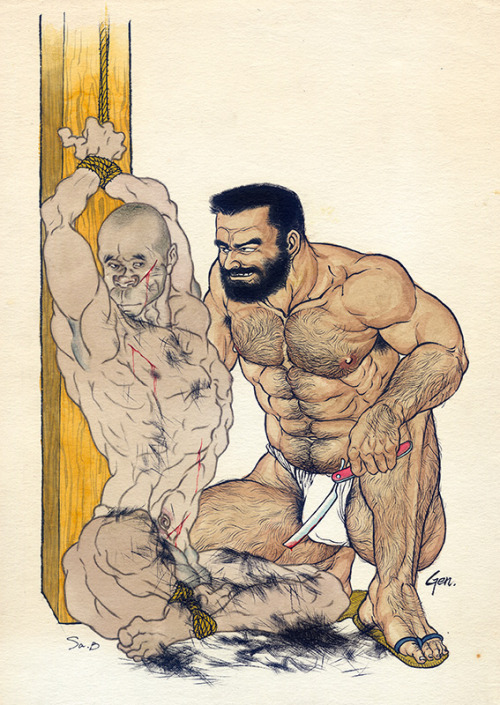 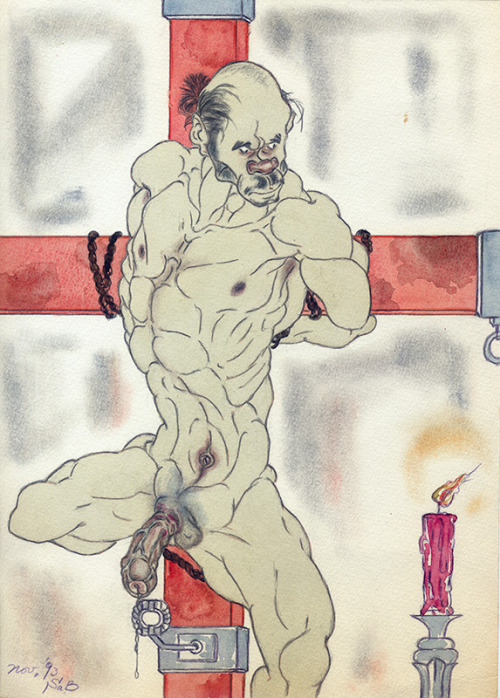 Sankichi Ban, who published many stories and some illustrations on Sabu magazine and G-men magazine, passed away on Spring 2013, at age 83.

His stories were well welcomed by many readers from their accomplished tastes. On the other hand, his drawings were love-it-or-hate-it ones by their very unique style.

Top illustration is only one drawing that he collaborated with me. First, he drew only a left figure, after that, I added a right figure, a wooden post, ropes, scars and shaved hair. I’m not sure but it was done in 1992 or 1993.

Bottom illustration was drawn by only him. I’ve ever heard from him that one of his favorite male nude art is Egon Schiele’s painting. You might see the influence from it on this drawing. And this character’s monkey-like face. Yes, he loved such type of faces on his actual life.

His house were not so far from my place, so when he was still healthy, we enjoyed tea and conversation sometimes. When I started to draw 銀の華 Silver Flower, I was troubled to draw drapes of Kimono, cause I had never drawn them before. Then he presented me many photocopies of old book illustrations for my reference.

He always dressed nicely, always spoke gentle, was kind for younger people, and was worshipped by many staff of gay magazines.