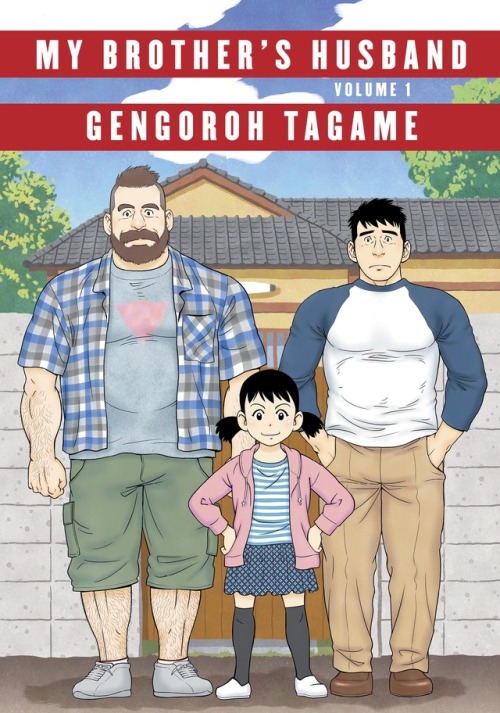 Debuting at TCAF 2017 - My Brother’s Husband, Volume 1 by Gengoroh Tagame

From one of Japan’s most notable manga artists: a heartbreaking and redemptive tale of mourning and acceptance that compares and contrasts the contemporary nature of gay tolerance in the East and the West

Yaichi is a work-at-home suburban dad in contemporary Tokyo, married to wife Natsuki, father to young daughter Kana. Their lives are suddenly upended with the arrival at their doorstep of a hulking, affable Canadian named Mike Flanagan, who declares himself the widower of Yaichi’s estranged gay twin, Ryoji. Mike is on a quest to explore Ryoji’s past, and the family reluctantly but dutifully takes him in. What follows is an unprecedented, revelatory look at and journey into the largely still-closeted Japanese gay culture: how it’s been affected by the West, and how the next generation has the chance to change the preconceptions of and prejudices against it.

“When a cuddly Canadian comes to call, Yaichi—a single Japanese dad—is forced to confront his painful past. With his young daughter Kana leading the way, he gradually rethinks his assumptions about what makes a family. Renowned manga artist Gengoroh Tagame turns his stunning draftsmanship to a story very different from his customary fare, to delightful and heartwarming effect.”
—Alison Bechdel, author of Fun Home